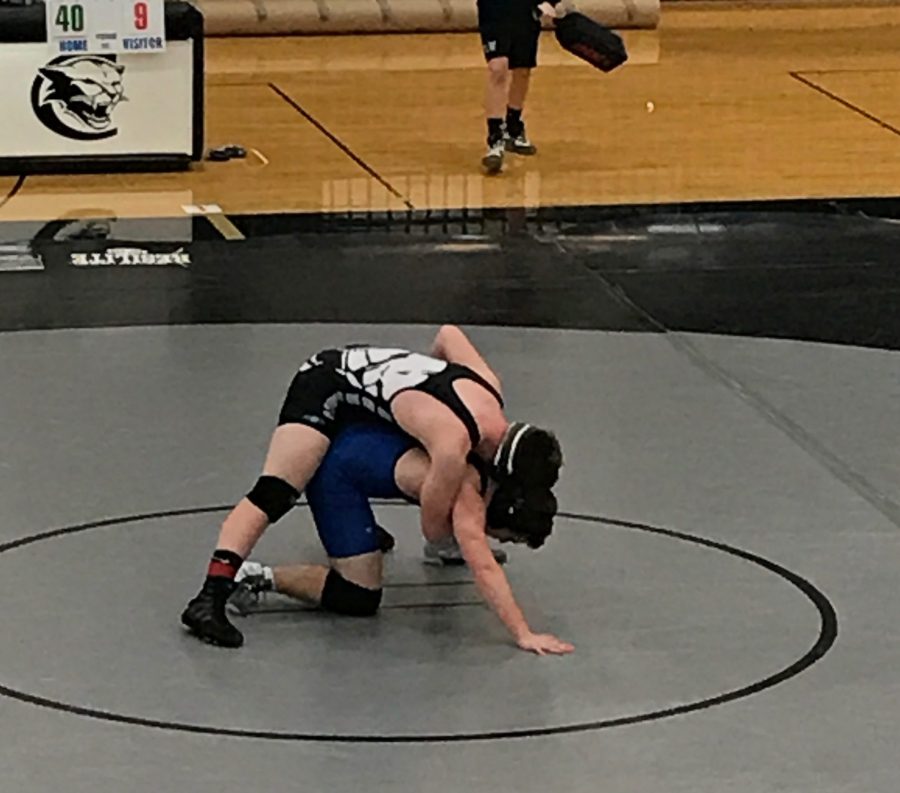 Senior Drake Lockard takes on his Walled Lake opponent during a quad meet on Dec. 20. Photo by Grace Hayes.

Their next home meet will be January 30, which is also senior night.