Up and Down Red Wings 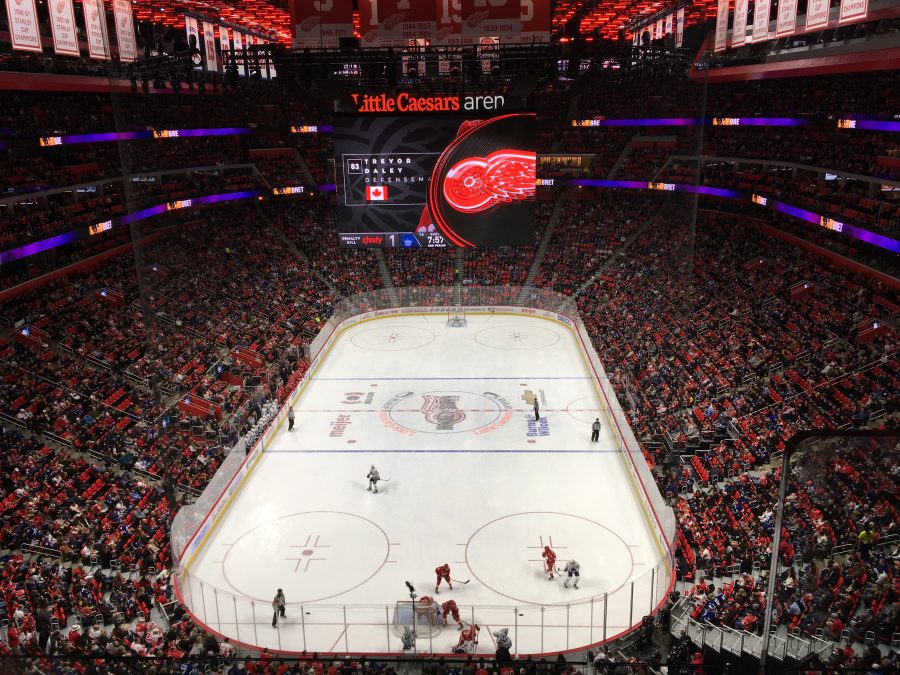 The Detroit Red Wings have had a cold season this year and have struggled at home and abroad in the NHL. They look to try to improve and maybe the upcoming All-Star break will help to get them back to winning form.

The Wings have made one significant roster change recently by calling up Forward Tyler Bertuzzi. Bertuzzi has done well by notching 4 points in the past 8 games and is playing on the top line with Captain Henrik Zetterberg and Forward Gustav Nyquist. He scored his first career goal with Detroit against the Chicago Blackhawks and was able to celebrate his first with former AHL teammate, Martin Frk.

Bertuzzi had this to say about his first goal, “I knew it wasn’t gonna be bar-down, it’s gonna be gritty and that’s what I’m gonna keep doing.”

Another new addition to the team was recently made on January 14 as the Wings called up Center Dominic Turgeon from the Grand Rapids Griffins, Red Wings prospect team. Turgeon played in the 4-0 wi over the struggling Blackhawks. Turgeon received the call from the Red Wings on Saturday night and was proud to join up with the team for their next game.

In a post game interview, Turgeon said, “It was exciting, you know? It’s been a dream ever since I was a little kid and for me to get that call it was a dream come true. It was a ton of fun.”

The Wings had an engaging shutout win against the Blackhawks but, lost the night before to the Pittsburgh Penguins. Forward, Evgeni Malkin slotted two goals and had two assists in Pittsburgh’s 4-1 win over the Wings.

“We got to be a shoot first mentality type team and we weren’t tonight,” said Head Coach, Jeff Blashill, “Our power play has gotta be better.”

Frustrated with the loss Jeff Blashill got the Wings on a quick turn around and ended up winning their next game the night after.

In other Red Wings news, the NHL picked their All-Star game rosters on January 10 and only one Red Wing will be going to Tampa Bay, Florida to represent the Wings. Defensemen Mike Green got the vote and will most likely be on the third line for the highly competitive 3 on 3 games on Sunday, January 28. Be sure to tune in to cheer on the Atlantic division and Mike Green.

For more information on the Red Wings and Little Caesars Arena, be sure to check out: