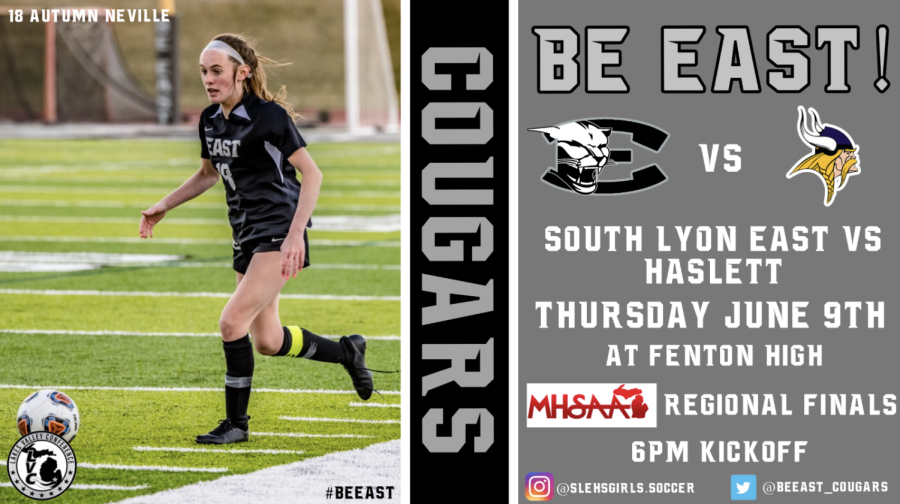 East’s own Varsity Girl’s Soccer team is headed to the Regional Finals on Thursday against Haslett.

They have been on a hot streak, winning another championship last week, squeaking out a 2-1 win on penalty kicks.  Junior Reganne Koskela scored the winning PK to propel East to their second straight District Championship.  So far this season the team has won the LVC Tournament, the Conference Championship, and now the District Championship. They scored 6-0 in the Regional Semi-Finals against Linden.

If the team wins one more game, they clinch a spot in the State Finals.